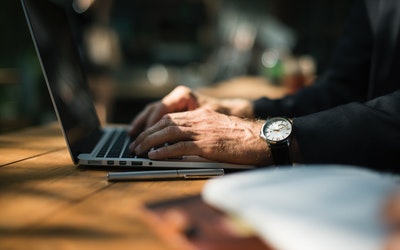 During registration with the state, DORA requires submission of your Mandatory Statement. During your registration process and prior to submission, DORA lists the items to include, as well as required text that can be copy/pasted into your mandatory statement. You personalize your statement and then submit it to DORA to be included in their database. The submission process is guided and a fairly streamlined step of the registration process with the state.
Since the mental health professions now have a 7 year statute of limitations for complaints filed against them with DORA, based on the fact that we are required to keep records for 7 years and can dispose of them after that, it would make sense to include that fact on your mandatory statement, if you’d like to.
CAP offers workshops for creating/personalizing your Mandatory Statement. Please contact President@ColoradoPsychotherapists.com for more details.

Check back regularly for updates to the mandatory disclosure recommendations.

In the meantime, here is a link that might be useful: Colorado Revised Statutes Title 12 Professions and Occupations § 12-43-214 Mandatory disclosure of information to clients.

— Jim Carr, Attorney-at-Law and CAP Advisory Board Member
These are four sample letters to help you script your own.

“…who has reasonable cause to know or suspect that a child has been subjected to abuse or neglect or who has observed the child being subjected to circumstances or conditions that would reasonably result in abuse or neglect shall immediately upon receiving such information report or cause a report to be made to the county department or local law enforcement agency.”

A change was added in 2010 which adds a new exception for situations where the victim is over the age of 18 when the professional learns of the child abuse or neglect. The change was made because the general reporting requirement language quoted above would require reporting the child abuse incident despite current circumstances and seeming uselessness of making a report. The language adopted to address this reporting issue and as included in the statute reads:

This means the reporting requirement does not apply if the victim is over eighteen at the time the professional learns of the child abuse or neglect unless one of the two exceptions described in (ii) exist.

An important aspect of this modification is that the new language does not require the professional to conduct an investigation regarding the perpetrator in order to determine if the person falls under one of the exceptions described in (ii).  This means that if you have no information that gives you reasonable cause to know or suspect that the perpetrator falls under the exceptions in section (ii), the statute does not say you need to conduct an investigation to assure that the perpetrator has not subjected another child to abuse or neglect or is a person in a position of trust.

However, whether you feel there is a professional duty to do some digging may depend on the circumstances of your case.  For example, if your 35-year-old client reports being a victim of child abuse from a neighbor when she was 7 years old and the client has not seen or heard of the neighbor for 25 years and cannot provide you with any information on the perpetrator, you could reasonably conclude that you have no reasonable cause to know or suspect that the neighbor falls under one of the exceptions in section (ii).  However, if your client is 19 years old and reports child abuse that occurred about a year and a half ago, you could deem it prudent to check out the perpetrator even if the client does not provide you with information that causes you to have reasonable cause to know or suspect that the perpetrator has abused or neglected another child or is a person in a position of trust.

You should also realize that the definition of a person in a position of trust is very broad.  The definition is found in the Colorado criminal code and reads:

“(3.5) One in a “position of trust” includes, but is not limited to, any person who is a parent or acting in the place of a parent and charged with any of a parent’s rights, duties, or responsibilities concerning a child, including a guardian or someone otherwise responsible for the general supervision of a child’s welfare, or a person who is charged with any duty or responsibility for the health, education, welfare, or supervision of a child, including foster care, childcare, family care, or institutional care, either independently or through another, no matter how brief.”

In addition, there is another consideration that now applies when you learn of a child abuse situation regarding a victim over 18  that you feel should be reported even though it falls under this new exception. Let us say you have a client who is over eighteen when you learn of the abuse or neglect and you do not feel there is reasonable cause to know or suspect that the person falls under one of the exceptions in section (ii), but the abuse was particularly egregious and you think it should be reported. You cannot report the child abuse or neglect without a waiver of the client’s confidentiality.  You can urge your client to report the abuse or neglect or ask for a waiver of confidentiality from your client. However, absent one of these happening you cannot report due to client confidentiality.

This change to the child abuse reporting requirement will be helpful in many situations that professionals have faced where reporting seems inappropriate or a waste of time due to the time-lapse since the abuse or neglect.

However, as with all changes that can be helpful it creates its own set of concerns that you may have to address. If you have questions please inquire further.

We Thank You Very Much, Jim!